Herkimer Diamonds are double terminated quartz crystals that are found in and around Herkimer County in upstate New York. Quartz forms in six sided crystals in many locations from around the world and typically attaches on one end of the crystal and comes to a point, or termination, on the other.  Occasionally, quartz will form points on both ends of the main body of the crystal. This form is referred to as double terminated.  Almost all of the quartz crystals found in the Herkimer area of New York exhibit this doubly terminated form. Their extreme clarity and pureness make these quartz crystals exceptionally brilliant and beautiful in their natural state, so much so that they were originally mistaken for traditional diamonds when they were first discovered in the 18th century.  This outstanding clarity and luster combined with their location to give them the name by which they are known the world over.  While double terminated quartz crystals have been found in other locations, only those found in upstate New York can be properly called Herkimer Diamonds.

As is the case for any crystal found in the Earth, a coincidence of appropriate conditions was responsible for the growth of Herkimer Diamonds. The environment must provide a crucible of some sort for the crystals to form in. The elements that are needed for the crystal’s formation must be present and in a state known as free dissociation.  Like common table salt dissolved in water, the constituent elements must be moving freely within a confined area. Conditions must then occur which allow these elements to come back together in a regular geometric pattern that is  dictated by the electrostatic forces at the atomic level.  Atoms in this state act like little magnets and, like the north and south poles in magnets, they can only attach to each other in ways that are specifically dictated by these forces. It is these forces that ultimately shape the beautiful geometry of Herkimer Diamonds.

In my next blog, I will talk about the sequence of events that occurred to allow these beautiful gems to form. My name is Bob Borofsky and Herkimer Diamonds are my passion. 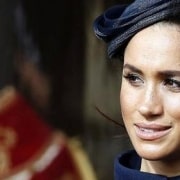 Carbon Diamonds Are A Sham And It’s Time…
0 replies

Want to join the discussion?
Feel free to contribute!

This site uses Akismet to reduce spam. Learn how your comment data is processed.